The Black Summer bushfires and the COVID-19 pandemic that followed have given disabled people living in Australia a disturbing premonition of how future climate-change catastrophes may unfold for us – not least the probability that our deaths will be shrugged off as being due to pre-existing medical conditions rather than to structural disadvantage. As the United Nations High Commissioner for Human Rights noted in a recent report, ‘persons with disabilities are particularly at risk of harm from the adverse effects of climate change’. It exacerbates our various medical conditions and disrupts the healthcare systems that are essential to our daily living. The assisted devices that many of us use for mobility, vision and/or hearing may be lost or damaged during the disasters that are becoming almost routine as the global temperature rises. Most of us live in poverty and struggle to afford the resources that make life on an overheating planet tolerable or even possible. We die in disproportionate numbers during emergencies because we are excluded from disaster response planning.

And, as if bushfires, heatwaves, cyclones, floods and droughts were not challenging enough, disabled people are also forced to contend with the normalisation of ecofascism. This toxic combination of pseudo-ecology and white supremacy was brought to global attention by the Australian terrorist responsible for the Christchurch massacre, who described himself in his manifesto (of course he had a manifesto) as ‘an ethno-nationalist ecofascist’. A few months later, a terrorist in El Paso, Texas, murdered 22 people after issuing a manifesto titled ‘An Inconvenient Truth’, in an apparent nod to Al Gore’s 2006 documentary that sounded the alarm about climate change. The letter sent to the Japanese parliament by the killer who murdered 19 residents of a Sagamihara care home in 2016 did not explicitly cite environmental concerns, but his claim that his crime might somehow help to prevent World War III and his description of disabled people as social pollutants seem to display an ecofascist sensibility.

The Christchurch attacker’s use of the term ‘ecofascist’ was greeted with widespread incredulity, given that concern for ecology is generally seen as a cause for left-wing greenies rather than right-wing racist extremists. However, ecofascism has a long historical trajectory. Nineteenth-century conservation movements in Europe, North America and Australia included a strong contingent of social Darwinists who believed that national ecosystems needed to be protected from contamination by ‘lesser’ humans. They were therefore strong supporters of immigration control to exclude ‘inferior’ races as well as the sterilisation (preferably voluntary, but forced if necessary) of disabled people. The Nazis rose to power in the 1930s promising to purge German ‘blood and soil’ of contamination by those who they deemed to be either ‘subhuman’ (and therefore fit only for forced labour) or ‘lives unworthy of living’ (and therefore marked for immediate extermination). It is too often forgotten that disabled people were the first to be subjected by the Nazis to the extermination methods that were later used on the regime’s racial enemies, with the notorious Aktion T4 sending hundreds of thousands of them to euthanasia centres where they were killed by lethal injection, gassing or starvation.

Of course, contemporary far-right movements are not systematically murdering disabled people on anything like the scale undertaken by Aktion T4. In fact, the far right is quite prepared to play the disability card when it suits their overall agenda, as I witnessed at a 2015 Reclaim Australia rally in the Melbourne suburb of Melton against the proposed establishment of an Islamic school in the neighbourhood. The self-styled patriots claimed that the site ought to be provided to a nearby specialist school for disabled children (never mind that the school itself had stated that it had no interest in relocating) and wielded banners proclaiming, ‘No 2 Islam, yes 2 special needs kids’. More recently, the United States Department of Justice issued a warning against fake exemption cards that were being circulated on social media by the so-called Freedom to Breathe Agency (FTBA) – ‘a movement of proud American citizens who are dedicated to preserving their freedom and liberty’. The cards claimed that their owners were exempt from wearing face masks due to their disability, and that, under the Americans with Disabilities Act, they were not required to disclose their conditions. While it is true that disabled people are exempt from the requirement to wear face masks, the FTBA has no authority to enforce this exemption, and the target market for the cards is clearly right-wing ‘freedom fighters’ rather than disabled people.

It is hardly surprising that ecofascists and other far-right extremists are hostile to face masks and other measures aimed at curbing the spread of COVID-19, given that those most likely to die from the virus belong to the communities they are most eager to exterminate. But the pandemic has also illustrated the need for left-wing and centrist environmentalists to be alert to ecofascist infiltration of their movements, as well as to latent ecofascism in their own thinking. Stickers and memes with the slogan ‘Coroanavirus is the cure, humans are the disease’ alongside the logo of the climate-activist movement Extinction Rebellion (XR) turned out to be the work of far-right trolls seeking to discredit the movement. But, as journalist Sarah Manavis points out, some environmentalists did see the pandemic as providing a welcome opportunity to reverse some of the effects of climate change, even if at a regrettable cost in human lives. And, while such sentiments are not in themselves racist, they do open the door to ecofascism and they undermine the struggle for climate justice. Environmentalists could also usefully rethink their use of ableist metaphors to describe the impact of industrialisation – the ‘crippled’ planet, the ‘blind’ decisions taken by politicians committed to the fossil-fuel industry, the policymakers who are ‘deaf’ to the entreaties of the conservation lobby.

Ecofascism is not only morally repugnant; it is also environmentally ineffective at best and destructive at worst. The Nazis may have offered a vision of agrarian simplicity and pristine German forests, but in reality their commitment to total war overrode their love of the landscape that they had so romanticised. Nor will ecofascism save us from climate change. Study after study has found that the wealthiest 1 per cent of the world’s population consumes more energy than its poorest half. The primary driver of climate change is overconsumption rather than overpopulation. And disabled people are not guilty of overconsumption, if only because we lack the economic means to excessively consume. 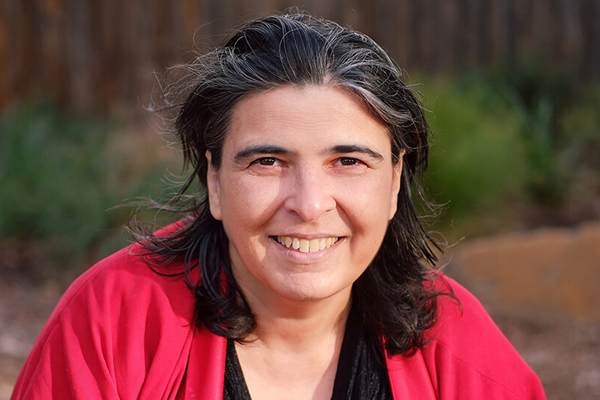 Dr Shakira Hussein is a writer and researcher based at the University of Melbourne and the author of ‘From Victims to Suspects: Muslim Women Since 9/11’.